Nothing beats experience in
investment management. 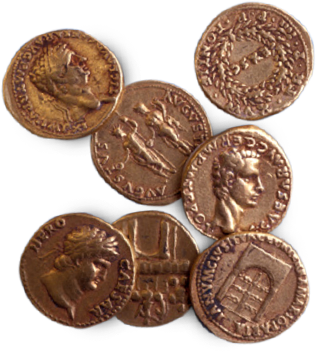 Founder and Chief Executive Officer
Chuck holds a Bachelor of Arts from Oklahoma State University and a Master of Business Administration (with a concentration in finance) from the University of Tulsa. He has sponsored a First Quarter Scholarship Endowment to the “Leave a Legacy” Program for OSU Athletics and is an active member of the University of Tulsa Friends of Finance. Chuck has received several national awards, including being named as one of the Top 1,200 Financial Advisors in the United States by Barron’s in 2017 and one of the Top 100 Wealth Advisors in the United States by Robb Report/Worth magazine in 2005.

Chuck holds the Certified Portfolio Manager designation from the Academy of Portfolio Managers and Columbia University in New York, the Certified Investment Management Analyst designation from the Investments & Wealth Institute, the Chartered Wealth Manager designation from the Global Academy of Finance and Management, and the Investment Strategist Certificate from The Wharton School of Business, University of Pennsylvania. He is a member of the Investment Management Consultants Association, the CFA Institute, and the CFA Society of Oklahoma where he served as Treasurer. In addition, Chuck currently is a member of the School of Entrepreneurship Advisory Board at Oklahoma State University and has served on the Board of Trustees for the St. Simeon’s Foundation, Christ the Redeemer Endowment, and Bishop Kelley High School Stadium Campaign.

Prior to cofounding Bridgecreek, Chuck managed portfolios for high-net-worth clients, corporations, foundations, and endowments for BOK Financial and Merrill Lynch Asset Management. While at BOK Financial, Chuck was the lead portfolio manager for the Tulsa Community Foundation.
{ Return to Top }

Founder and Chief Investment Officer
Brian graduated Summa Cum Laude with a business administration degree from William Jewell College in Kansas City, Missouri. During his tenure at WJC, Brian was a 4-year letterman for the Cardinals’ tennis team while playing #1 singles and #1 doubles. He was named All-Conference, All-District/Region, and All-American as an individual and was inducted into the William Jewell Athletic Hall of Fame in 2014. He was chosen to study at Oxford University in Oxford, England (where he focused on C.S. Lewis and European Economics) and obtained a Master of Business Administration (with a concentration in finance) from the MJ Neeley School of Business at Texas Christian University. In 2010, Brian was named “40 Under 40” by Oklahoma Magazine recognizing the top business leaders in the state of Oklahoma under 40 years old. Similarly, in 2011, he was honored as one of the top leaders in Tulsa under 40 by receiving the “Tulsa 40” from the Tulsa Business Journal. In 2015, Brian was named by Barron’s as one of the Top 1,200 Financial Advisors in the United States.

During his career, Brian has been actively involved in maintaining the highest investment performance reporting standards as a member of the CFA Institute and the CFA Society of Oklahoma. Prior to co-founding Bridgecreek, Brian managed portfolios and provided financial planning for a variety of high net-worth individuals and institutions for BOK Financial in Tulsa and JP Morgan Private Bank in Dallas.